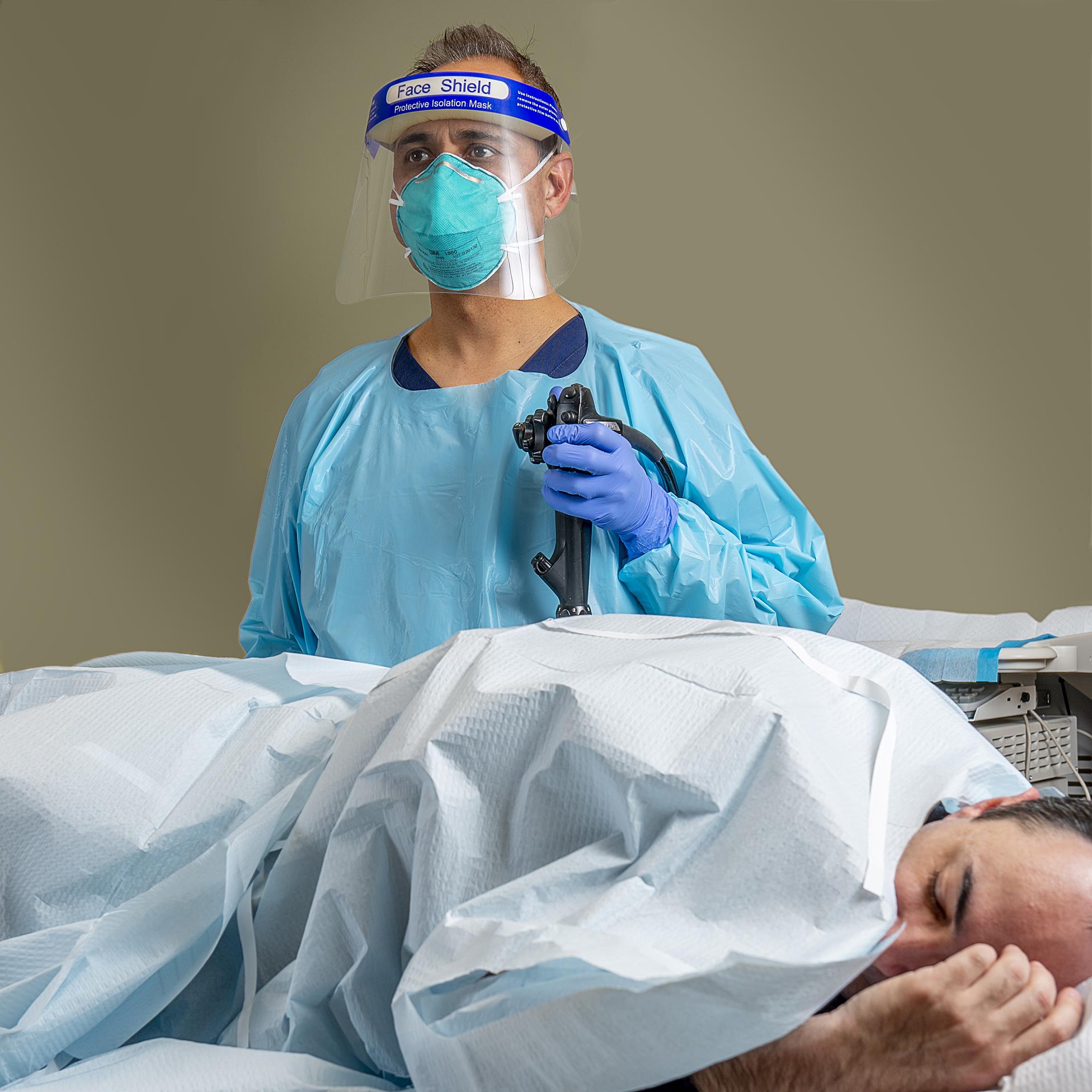 Diagnostic ERCP is when X-ray contrast dye is injected into the bile duct, the pancreatic duct, or both. This contrast dye is squirted through a small tube called a catheter that fits through the ERCP endoscope. X-rays are taken during ERCP to get pictures of these ducts. That is called diagnostic ERCP. However, most ERCPs are actually done for treatment and not just diagnostic purposes. When an ERCP is done to allow treatment, it is called therapeutic ERCP.

What treatments can be done through an ERCP scope?

Sphincterotomy
Sphincterotomy is cutting the muscle that surrounds the opening of the ducts, or the papilla. This cut is made to enlarge the opening. The cut is made while your doctor looks through the ERCP scope at the papilla, or duct opening. A small wire on a specialized catheter uses electric current to cut the tissue. A sphincterotomy does not cause discomfort, you do not have nerve endings there. The actual cut is quite small, usually less than a 1/2 inch. This small cut, or sphincterotomy, allows various treatments in the ducts. Most commonly the cut is directed towards the bile duct, called a biliary sphincterotomy. Occasionally, the cutting is directed towards the pancreatic duct, depending on the type of treatment you need.

Stone Removal
The most common treatment through an ERCP scope is removal of bile duct stones. These stones may have formed in the gallbladder and traveled into the bile duct or may form in the duct itself years after your gallbladder has been removed. After a sphincterotomy is performed to enlarge the opening of the bile duct, stones can be pulled from the duct into the bowel. A variety of balloons and baskets attached to specialized catheters can be passed through the ERCP scope into the ducts allowing stone removal. Very large stones may require crushing in the duct with a specialized basket so the fragments can be pulled out through the sphincterotomy.

Stent Placement
Stents are placed into the bile or pancreatic ducts to bypass strictures, or narrowed parts of the duct. These narrowed areas of the bile or pancreatic duct are due to scar tissue or tumors that cause blockage of normal duct drainage. There are two types of stents that are commonly used. The first is made of plastic and looks like a small straw. A plastic stent can be pushed through the ERCP scope into a blocked duct to allow normal drainage. The second type of stent is made of metal wires that looks like the cross wires of a fence. The metal stent is flexible and springs open to a larger diameter than plastic stents. Both plastic and metal stents tend to clog up after several months and you may require another ERCP to place a new stent. Metal stents are permanent while plastic stents are easily removed at a repeat procedure. Your doctor will choose the best type of stent for your problem.

Balloon Dilation
There are ERCP catheters fitted with dilating balloons that can be placed across a narrowed area or stricture. The balloon is then inflated to stretch out the narrowing. Dilation with balloons is often performed when the cause of the narrowing is benign (not a cancer). After balloon dilation, a temporary stent may be placed for a few months to help maintain the dilation.

Tissue Sampling
One procedure that is commonly performed through the ERCP scope is to take samples of tissue from the papilla or from the bile or pancreatic ducts. There are several different sampling techniques although the most common is to brush the area with subsequent examination of the cells obtained. Tissue samples can help decide if a stricture, or narrowing, is due to a cancer. If the sample is positive for cancer it is very accurate. Unfortunately, a tissue sampling that does not show cancer may not be accurate.

What can you expect before, during, and after a therapeutic ERCP?

You should not eat for at least 6 hours before the procedure. You should tell your doctor about medications that you take regularly and whether you have any allergies to medications or contrast material.

You will have an intravenous needle placed in your arm so you can receive medicine during the procedure. You will be given sedatives that will make you comfortable during the ERCP. Some patients require antibiotics before the procedure. The procedure is performed on a X-ray table. After the ERCP is complete you will go to a recovery area until the sedation effects reside. Some patients are admitted to the hospital for a day but many go home from the recovery unit. You should not drive a car for the rest of the day although most patients can return to full activity the next day.

What are possible complications of therapeutic ERCP?

The overall ERCP complication rate requiring hospitalization is 6-10%. Depending on your age, your other medical problems, what therapy is performed, and the indication for your procedure, your complication rate may be higher or lower than the average. Your doctor will discuss your likelihood of complications before you undergo the test. The most common complication is pancreatitis, or inflammation of the pancreas. Other complications include bleeding, infection, an adverse reaction to the sedative medication, or bowel perforation. Most complications are managed without surgery but may require you to stay in the hospital for treatment.